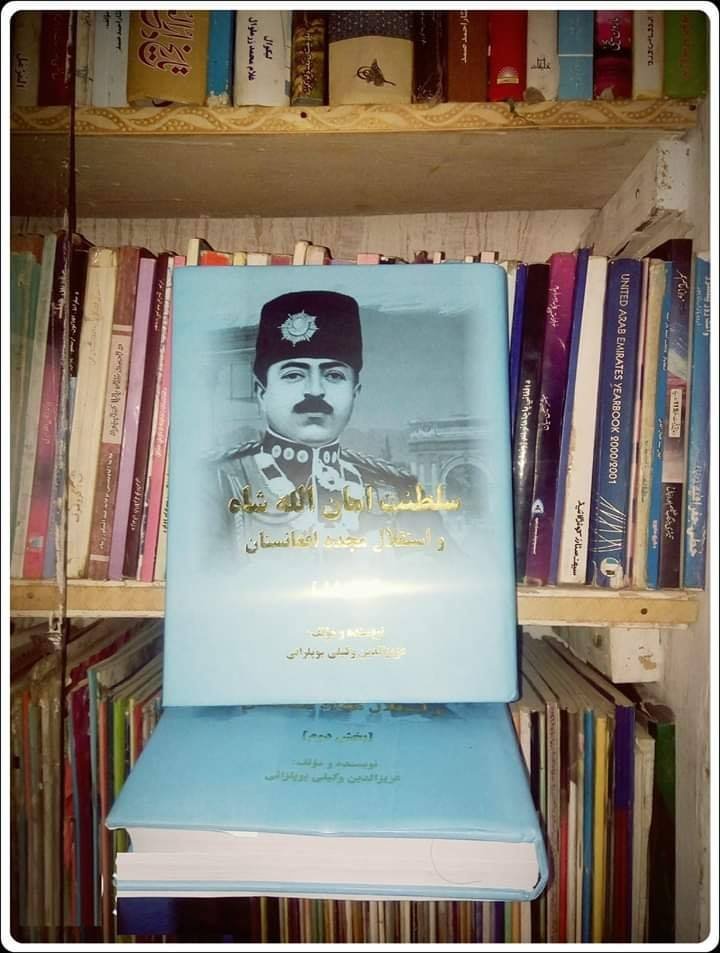 A Bed of Red Flowers: In Search of My Afghanistan by Nelofer Pazira

Afghanistan: A History from 1260 to the Present Day by Jonathan Lee

Afghantsy: The Russians in Afghanistan, 1979-1989 by Sir Rodric Braithwaite

Another Afghanistan: A Photographic Journey Through The Afghan Spring by Ginna Fleming

An Unexpected Light: Travels in Afghanistan by Jason Elliot

A Woman Among Warlords by Malalai Joya

Directorate S: The C.I.A. and America's Secret Wars in Afghanistan and Pakistan by Steve Coll

Forbidden Lessons from a Kabul Guesthouse by Suraya Sadeed

Games Without Rules by Tamim Ansary

Ghost Wars: The Secret History of the CIA, Afghanistan, and Bin Laden from the Soviet Invasion to September 10, 2001 by Steve Coll

Government and Society in Afghanistan by Hasan Kakar

I am The Beggar of the World: Landays from Contemporary Afghanistan by Eliza Griswold

In the Graveyard of Empires by Seth Jones

Kabul Beauty School: An American Woman Goes Behind the Veil by Deborah Rodriguez

No Good Men Among the Living: America, The Taliban, and the War Through Afghan Eyes by Anand Gopal

Raising My Voice by Malalai Joya

Return of a King: The Battle for Afghanistan by William Dalrymple

The Dressmaker of Khair Khana by Gayle Tzemach Lemmon

The Envoy: From Kabul to the White House, My Journey Through a Turbulent World by Zalmay Khalilzad

The Favored Daughter by Fawzia Koofi

The Lovers: Afghanistan's Romeo and Juliet, the True Story of How They Defied Their Families and Escaped an Honor Killing by Rod Nordland

The Punishment of Virtue by Sarah Chayes

The World is a Carpet: Four Seasons in an Afghan Village by Anna Badkhen

The Wrong Enemy by Carlotta Gall

The Silk Roads: A New History of the New World by Peter Frankopan

The Wars of Afghanistan by Peter Tomsen

The Will to Resist by Dahr Jamail

West of Kabul, East of New York by Tamim Ansary

A Curse on Dostoevsky by Atiq Rahimi

A House Without Windows by Nadia Hashimi

And The Mountains Echoed by Khaled Hosseini

A Thousand Rooms of Dream and Fear by Atiq Rahimi

One Half From East by Nadia Hashimi

Return to the Little Coffee Shop of Kabul by Deborah Rodriguez

The Bookseller of Kabul by Asne Seierstad

The Breadwinner by Deborah Ellis

The Kite Runner by Khaled Hosseini

The Little Coffee Shop of Kabul by Deborah Rodriguez

The Pearl That Broke It’s Shell by Nadia Hashimi

The Secret Sky by Atia Nawabi

The Watch by Joydeep Roy-Bhattacharya

The Widow’s Husband by Tamim Ansary

This Shall Be a House of Peace by Phil Halton

When the Moon is Low by Nadia Hashimi

The Lion Who Saw Himself in The Water by Idries Shah (available in English, Dari and Pashto)

The Silly Chicken by Idries Shah (available in English, Dari and Pashto)

The Clever Boy and the Terrible, Dangerous Animal by Idries Shah (available in English, Dari and Pashto)

The Old Woman and The Eagle by Idries Shah (available in English, Dari and Pashto)

The Man and the Fox by Idries Shah (available in English, Dari and Pashto)

America's Great Game: The CIA'S Secret Arabists and the Shaping of the Modern Middle East by Hugh Wilford

A Rage for Order: The Middle East in Turmoil, from Tahrir Square to Isis by Robert F. Worth

In the Shadow of the Sword: The Birth of Islam and the Rise of the Global Arab Empire by Tom Holland

Lawrence in Arabia: War, Deceit, Imperial Folly and the Making of the Modern Middle East by Scott Anderson

No God But God by Reza Aslan

The Golden Legend by Aslam Nadeen

The Great Theft: Wrestling Islam from the Extremists by Khaled Abou El Fadl

The Many Faces of Political Islam: Religion and Politics in the Muslim World by Mohammed Ayoob

The Shia Revival: How Conflicts Within Islam Will Shape the Future by Vali Nasr

The Story of the Quran by Ingrid Mattson

The Twilight War: The Secret History of America’s Thirty Year Conflict with Iran by David Crist

The Vanished Imam by Fouad Ajami

The Wishmaker by Ali Sethi

A Map of Home by Randa Jarrar

Equal of The Sun by Anita Amirrezvani

How to Get Filthy Rich In Rising Asia by Mohsin Hamid

My Name is Red by Orhan Pamuk

The Blood of Flowers by Anita Amirrezvani

The Girl in the Tangerine Scarf by Mohja Kahn

The Last Days of Cafe Leila by Donia Bijan

The Reluctant Fundamentalist by Mohsin Hamid

The Taqwacores by Michael Muhammad Knight

The Color of Paradise - Iran

Behind the Taliban Lines

The Beauty Academy of Kabul

The Last Images of War

To Kill a Sparrow